The starting date of the most fascinating and hardest motoring adventure is approaching, and Fantic is preparing to be the protagonist with the brand new XEF Rally 450 brought to the race by Franco Picco. The legendary sixtysix-year-old rider, who now has 27 participations in the Dakar and is preparing for his twenty-eighth venture, will launch the bike unveiled less than a month ago at EICMA

This is a total debut for Fantic that in the past has never been present in the demanding marathon. A new challenge that will have the development of the bike as its primary objective, taking advantage of the rider's great technical and competitive experience.

Conceived as a specific vehicle for Dakar and large raids, the XEF 450 Rally was built starting from the base of the enduro sister XEF 450, on which the Fantic technicians intervened with new superstructures, and working on the frame with equipment that includes suspensions with specific setting and dedicated braking department.

The total fuel supply was positioned entirely in the center, thus giving up any rear tanks, with the result of a better and constant distribution of weights even with progressive emptying during the stage; the guaranteed autonomy reaches 30 liters, enough for a day of competition. The front of the 450 Rally is equipped with a sharp windshield that wraps around the the navigation instruments.

The Fantic XEF 450 Rally will be distributed at dealerships after mid-2022 in the standard version, with the possibility of purchasing the Factory kit for ready-to-race modification.

For the definitive development of the Fantic XEF 450 Rally, Franco Picco's sensations and experience will count a lot: stainless protagonist of the greatest rally-raids, born on 4th October 1955 in Vicenza, he is probably the driver who enjoys the longest competitive curriculum in competitions in the dunes.

Having landed on the great adventure back in 1985, he presented himself at the start of the then Paris-Dakar almost by chance with the aim of training intensively to drive on the sand in view of his participation in the motocross world championship, he decided to continue his career in this direction after the third place overall in his debut, and some stages even led at the head of the race. He immediately became official driver, during the second half of the eighties he collected two second places, a fifth and a tenth place at the various editions of the Dakar - as well as two victories at the Pharaons Rally in 1986 and 1992 - and then temporarily left the two wheels from 1996 to 2009 to participate in the race driving cars, or on assistance trucks.

In 2010, however, he returned to his origins, returning to tighten a handlebar to participate in the Dakar in Argentina, in which he won the Marathon class and 23rd place overall. In the following years, until 2017, he participated in the race with different means: on motorcycles, quads, and trucks.

In the three-year period 2018-19-20 he started the Africa Eco Race (Monaco-Dakar), finishing the race twice in tenth place and once in fifty-fourth.

In January 2021 he returned to the Dakar again (which is now held in Saudi Arabia) by enrolling in the Original by Motul category, a class which by regulation requires the rider to be the only one who can carry out assistance on the motorcycle. In the race as a private driver Franco Picco closed his 27th Dakar at the age of 65 in 43rd place overall, second among the Italian riders and 11th in the Original by Motul. During the undertaking, he took the time to publish the videoselfies and photographs of the most exciting moments of the race on his social profiles, enjoying enormous success.

At the upcoming Dakar 2022, Franco Picco returns to the official driver status: no more autonomous maintenance and bivouac in a tent, but a workshop vehicle in tow, a masseur and a camping bed for the overnight stay. The mechanic will be Fernando Prades.

This is the 44th edition of the Dakar, the second to be held in Saudi Arabia. It will take place from 1st to 14th January for a total distance of over 8000 kilometers. It starts on the first day of the year from Jeddah, with a 834 kilometers long transfer to Hail interrupted by a 19 kilometers prologue. The first real stop on January 2nd will be a "boucle", a circular route, from Hail to Hail 546 kilometers 334 of which are special stages. The race will then point east and then south of the country.

Unlike last year in which repeated hard sections in stones and pebbles were proposed that put a strain on the tenacity and resistance of men and vehicles, the new edition will be, as the organizers assure, with a lot of sand. In addition to the aforementioned fraction of January 2nd, there are five other ring stages: January 4th with departure and arrival Al Qaysumah, January 6th and 7th where arrival and departure are set in Riyadh with different routes, January 11th from Wadi To Dawasir and back, and finally on January 13th, the penultimate stage, from Bisha to Bisha. This condition will make the assistance activity easier. The rest day is set, as always in the middle of the race, in Riyadh on January 8th.

"If, as announced by the organizers, there is a lot of sand, we will have a lot of fun - says Franco Picco - Last year was tough on the long stretches of moving stones: you couldn't push full throttle without risking, and the body and the mechanics were put to a severe test.

We will have fun and develop the bike: the first goal is to bring it to the end by collecting a wealth of experience, keeping the right pace, never too slow also to avoid the risk of ending up between cars and trucks, and perhaps even to get some satisfaction. It will still be a very reasoned race, as in fact it was the one in 2021, but this time I think it will be less tiring because I will enjoy good assistance and sleep on a camping bed.

I immediately fell in love with this new venture: the warm welcome at the Fantic home gave me a strong stimulus. I have known Mariano Roman since the time of the motocross fields and the agreement for this project was immediate. We have been working on the bike in these last months, keeping it hidden until EICMA despite everyone's great curiosity. I enjoyed working alongside the technicians and all those who are working hard to develop the XEF 450 Rally.

I tried the bike for a long time, and I was very happy: now it's time to test it in the dunes. I thank Fantic for the great opportunity they are offering me, and I am proud to bring to the race, at its absolute debut, an Italian product with a long tradition, which in recent times has been reaping commercial and sporting successes across the board. " 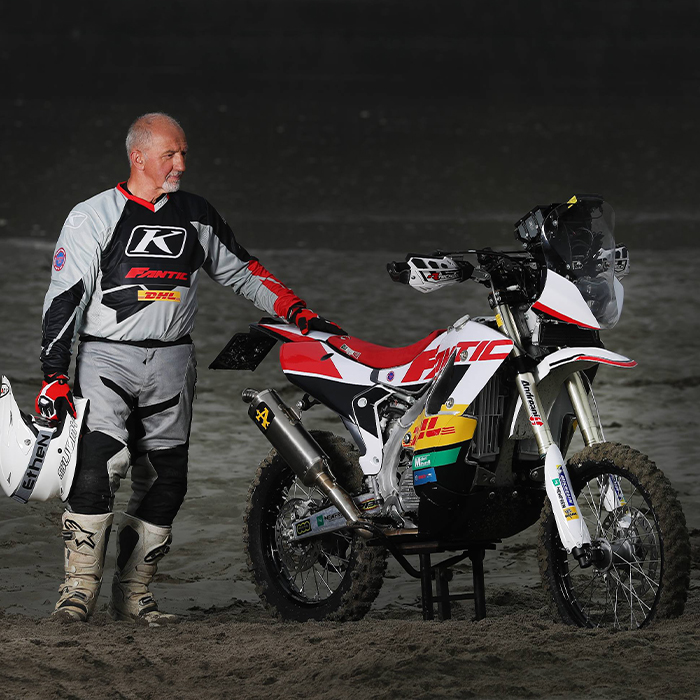 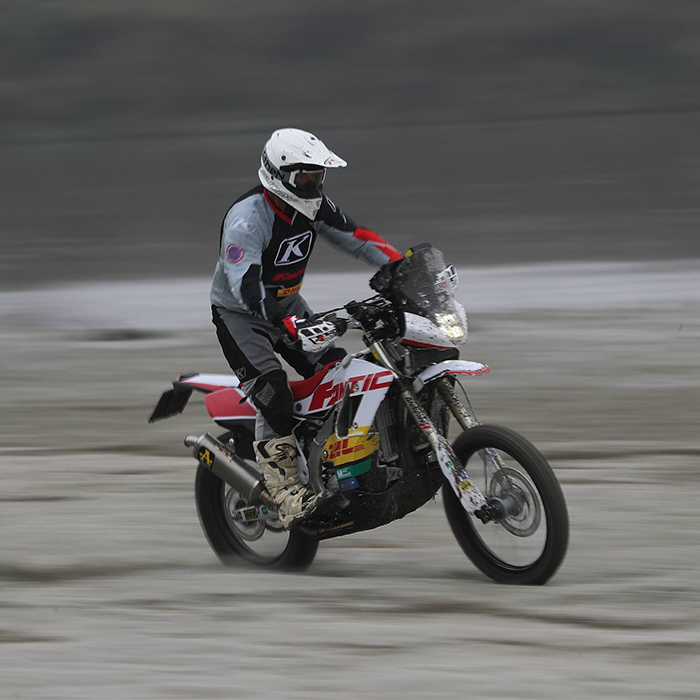