AIMS STRAIGHT TO THE TOP IN ENDURO

The new team directed by Simone Albergoni, multiple-champion, and enduro renowned manager, has hired the talented french rider, 2019 E2 class World Champion, with the aim of bringing to the racetrack the all-new Fantic XEF 250 4-stroke

Fantic enters the 2021 season with a Factory Team in the Enduro world. Yet another step ahead for the "NewRacingEra", that brought back the historical Italian Motorcycle Company to the off-road racetracks, immediately clinching the Italian Enduro title with the XE125 2T and finishing vice-champion in the Youth 125 World Championship.

The Fantic Factory Team E50 is born, a team directed by Simone Albergoni, enduro multiple-champion and manager, and Emilio Comotti, technical manager. The aim is to contest the world championship with the all-new Fantic XEF 250 4-stroke, a bike developed by the Venetian racing department and designed to compete at the highest level with top performances.

The new Fantic XEF 250 will be ridden by the French racer Loïc Larrieu, 2019 E2 Enduro World Champion and 2020 runner-up, who agreed a two-year deal with the Fantic Factory Team E50. He will compete in the E1 class and try to clinch the world title. He will contest his maiden race, early next year at the Assoluti d'Italia Enduro Championship.

The team will also enter Davide Guarneri, riding a Fantic XEF 250 4T, while for the 125 class, the young Daniele Delbono and the expert Emanuele Facchetti will ride a Fantic XE 125.

The collaboration with the teams already supported in 2020 will be carried forward.

As for the Fantic Jolly Racing Team, it will line-up the promising Harry Edmonson and Riccardo Fabris. Both will compete in the Youth world championship and in the national championships. 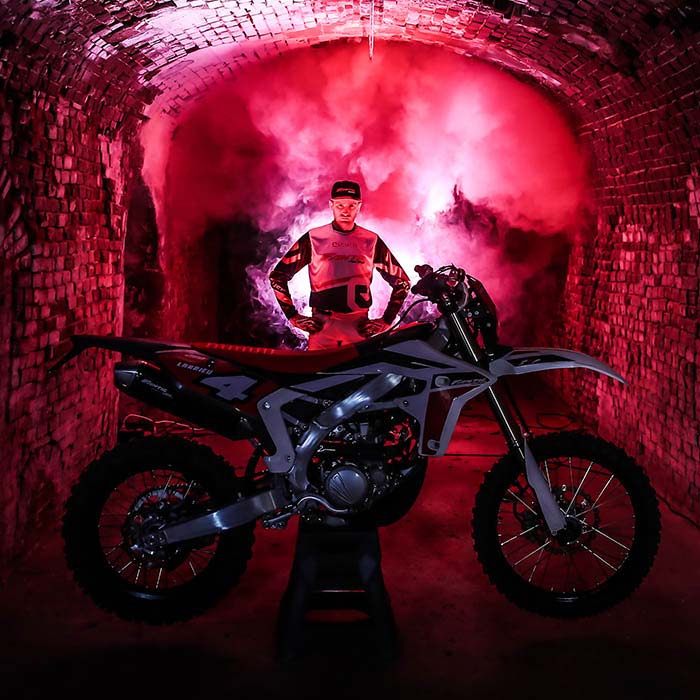