Piediluco, a small village in the Terni area just a few kilometres from the Marmore Falls, hosted the fourth and fifth rounds of the top Italian championship and the Fantic riders were the undisputed stars. Davide Guarneri (E/50 Racing Fantic Factory Team) dominated the 125 class while his teammate Daniele Del Bono won the Youth class on Sunday. Riccardo Fabris (Fantic JET Racing) got on the final podium and confirmed himself as the leader of the Youth class, while Kevin Cristino (Fantic Darpa Racing Team) conquered a second place in the Youth class on Sunday.

The domination of the Fantic riders continues in the Youth and 125 categories at the Assoluti d'Italia di Enduro in the two days of competition on Saturday 24th April and Sunday 25th April. The organizers of the fourth and fifth round of the maximum Italian championship have organized a race with three very challenging special tests, both with hard terrain typical of central Italy.

The Fantic XE 125s of our three official teams proved once again to be reliable and competitive motorbikes and finished the double day of competition without any problem.

Great week-end also for the Fantic riders in the Youth class. Riccardo Fabbris of Fantic JET Racing is the leader of the class and on Saturday he conquered an excellent second place. Triplet for the Fantic colours on Sunday with Daniele Del Bono of the E/50 Racing Fantic Factory Team winner of the Youth, Kevin Cristino, rider of the Fantic Darpa Racing Team, who won the second position and Riccardo Fabris who completes the day's hat trick of Fantic JET Racing.

Next appointment is scheduled on May 16 at Fabriano, in the Marche region, where the sixth round of the Assoluti d'Italia di Enduro will be run.

JED ETCHELLS: "The first two week-ends I had some complications but now I'm finding the right feeling with the new bike".

DAVIDE GUARNERI: "Another important victory for me and for the team that is working very well. In less than a month we have another round of the Assoluti and then we will start with the world championship".

HARRY EDMONDSON: "Another race week-end useful to arrive at the best for the first round of the World Championship".

RICCARDO FABRIS: "A bit unlucky week-end but I remain leader of the Youth class".

DANIELE DEL BONO: "Extremely happy for the win on Sunday, shame I didn't have a good race on Saturday".

GIULIANO MANCUSO: "A good performance and I am personally very satisfied because winning against Davide Guarneri is not easy". 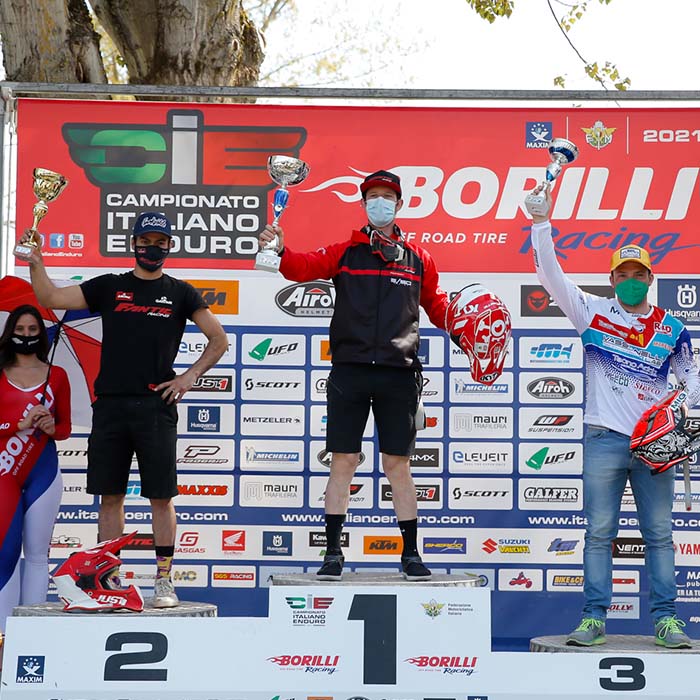