30 th  together with the EMX2T second round. This time the infernal sandy track of Lommel

was the set for the World Championship action. Lapucci and Spies both got to hold the red

number-plate with their Fantic 250XX.

A typical Autumn Day welcomed the riders to the Belgian track; however, the weekend

the team in the EMX2T challenge.

Championship race. Nicholas’ performance was excellent despite the tough track, in fact

he conquered an incredible pole position. The intense training the team did on sandy

the start. The rider managed well all the rivals who tried to attack him, he holds the first

end of the first lap. Despite the perfect performance Nicholas lost the lead during the race

and classified second. Nevertheless, he was crowned GP winner.

Due to the amazing results, Nicholas Lapucci has confirmed to be the leader of its class.

Max Spies and Federico Tuani proudly represented the Fantic Team in the EMX2T. The

two racers were the authors of excellent results: Spies set the fastest time, while Tuani the

Tuani did well in the first heat. A flawless start was what he needed to grab the leadership,

but after the first laps his team member managed to be faster and get the first place. The

Tuani was once again the author of an excellent start in Race 2, which allowed him to lead

over his rivals. Spies slipped during the first lap and consequently lost several positions,

but thanks to an astonishing recovery he moved up to the second position. Federico was

very close to his first victory, but unfortunately, he crashed during the last lap and Spies

Ken De Dycker’s performance was solid enough for him to classify fourth overall.

Spies mounted on the first step of the podium, while Tuani has settled for a third place.

Osterhagen represented the Fantic Factory Team Maddii, where a hot temperature of

45°C put the young riders to an extreme test.

Hakon was the fastest of them all since the qualifying, where he set the best time.

Osterhagen has been incredible in both heats. None of the rivals worried him, indeed he

was the indisputable leader and winner of both races.

Next appointment will be in one week, in Kegums (Latvia).

Marco Maddii stated at the end of the race: “What an amazing day! The double victory in

training. Nicholas was caring to win here on a sandy track and I’m happy he made it. Max

was excellent too. I’m so sorry for Federico, who crashed when he was close to win the

race – he deserved to win because his performance was strong. Hakon was impressive in

Greece; he firmly won both heats and gave us the third trophy of the season.” 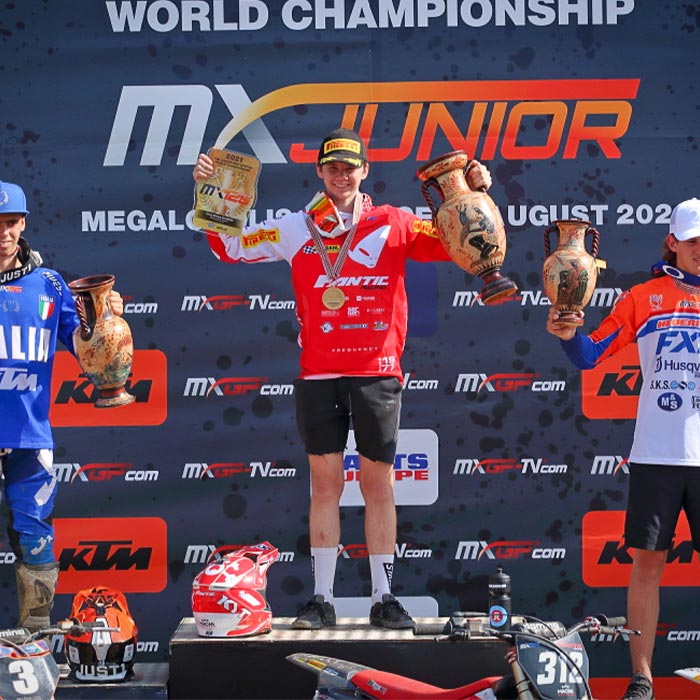 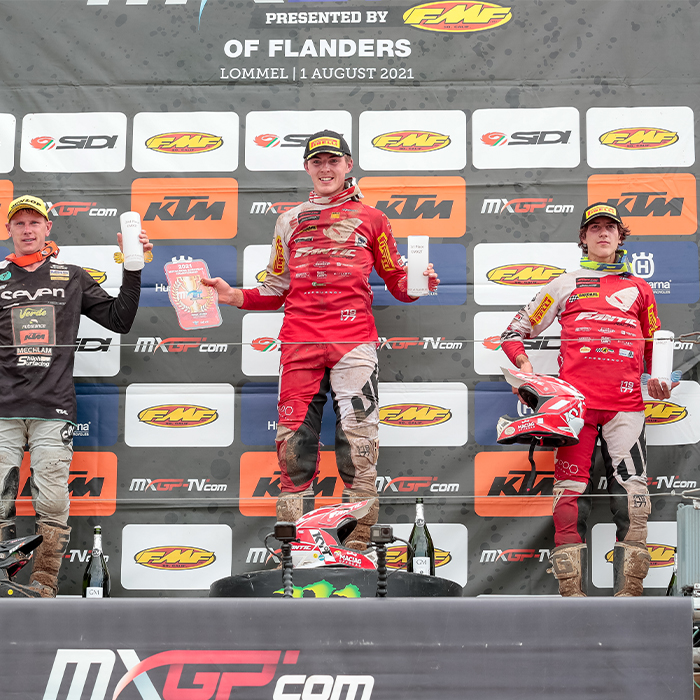 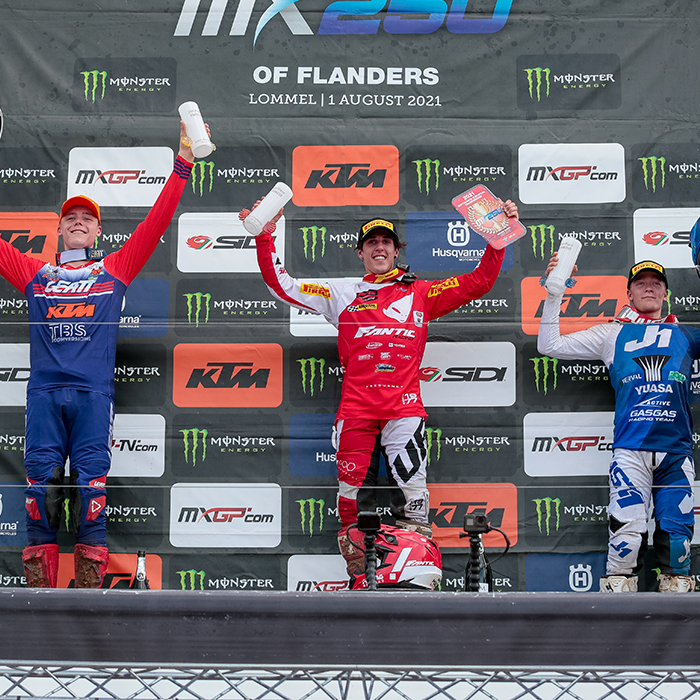 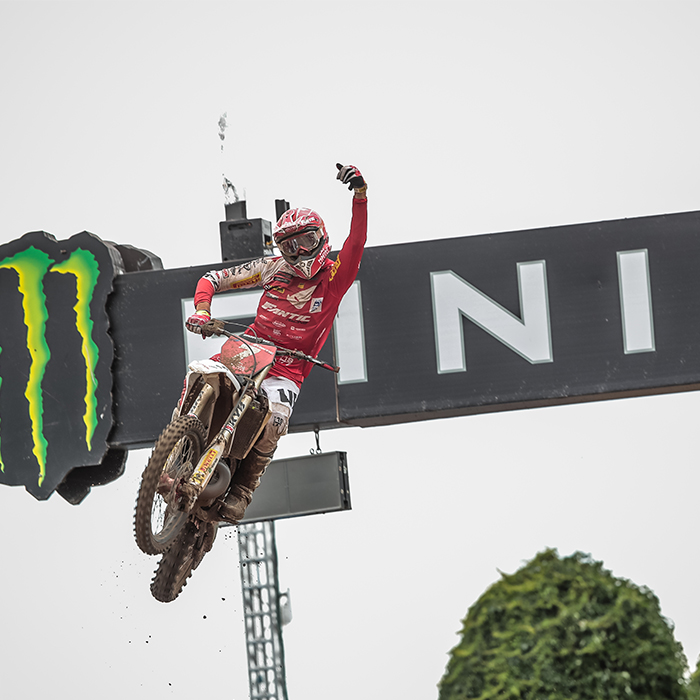 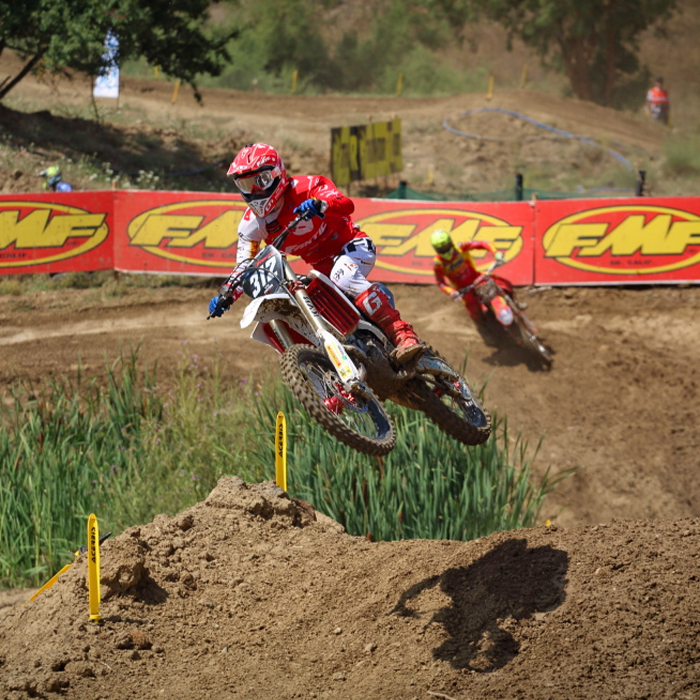 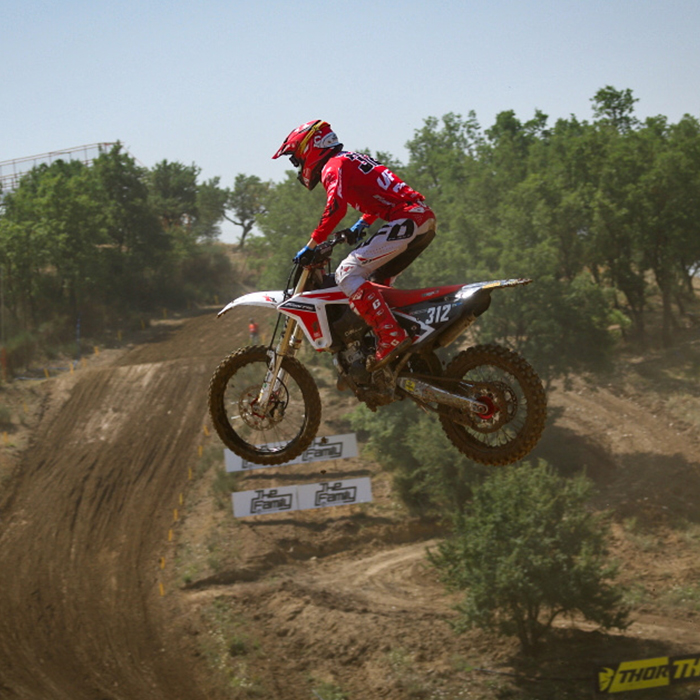