Almost two months after the penultimate GP of the season held in Hungary in August, the weekend of October 14-16, 2022 was staged in ZSchopau, a small village in Saxony, the German GP, the last act of the 2022 EnduroGP World Championship. The race, in terms of turnout, difficulty and logistics reminded of the 2017 Enduro World Championship stage with the paddock located also on this occasion difront of the historical factory MZ Motorradbau Zschopau symbol of the ancient tradition and passion for enduro in this area.

For the occasion, the Motoclub MSC Rund um Zchopau designed a course of more than 57 km in pure German enduro style, highly technical and high performance, located mostly inside a forest, with mostly soft and slippery terrain in which the riders had to face three special stages to be repeated for three and a half laps per day for a total of 22 special stages in the race weekend.

The race opened with the Super Test on Friday night that was attended by a large and passionate crowd of more than 10,000 people, followed on the next two days by a 1.5-kilometer-long Extreme Test inside a very technical and natural forest, with soft terrain and sessions of stones and rocks, and an equally hard and technical 6-kilometer Enduro Test, featuring soft and slippery terrain interspersed with numerous roots and stones. To close, the last extremely fast special test, a Cross Test over 3 km long inside a large parade ground with very soft terrain.

Big celebration for Harry Edmondson, of Fantic JET Racing, who riding the Fantic XE 125 2T , won his first world title after an exciting race weekend. The British rider and Fantic thus celebrated yet another Youth class title and second place for Kevin Cristino, Fantic Factory Team E/50 Racing, who closed this racing season by taking a first and second place on the day.

In the hard-fought and difficult E1 class, Daniel Milner of Fantic D'Arpa Racing rode two splendid races with the new XEF 250, always finishing in third place, while Loic Larrieu, Fantic Factory Team E/50 Racing, making his return to the World Championship, closed the German GP with a fourth and fifth place in class.

The second world title for Fantic came in the Enduro Women where britain's Jane Daniels had a perfect season, winning all eight days of competition. Jane also in Germany was literally uncatchable for her rivals, winning the two days by a wide margin, thus becoming World Champion already on Saturday and then dominating, as champion, Day 2 as well.

Albin Norrbin "I would say a very good closing of this 2022 season, here in Germany it was not an easy race, on the contrary, it was tough and challenging and the two first places in Junior 2 and the second place in Junior were very hard to take".

Harry Edmondson "A very long and difficult year.  I stayed in the lead from the first to the last day of competition but my rival, Kevin Cristino, never gave up. I am happy with the final title won, yet another in the Edmondson family".

Kevin Cristino "Two very good wins on the day to end this unfortunate year, at the moment I enjoy the vice-champion title but hope in 2023 to make it mine".

Jane Daniels “I just went out there and rode my own race. I knew if I could win saturday then I could seal the championship, but I didn’t want to think too much about the title. I just pushed hard in every test and let the win come to me. It’s been a great year, winning the world championship and helping Great Britain win the ISDE is just incredible!” 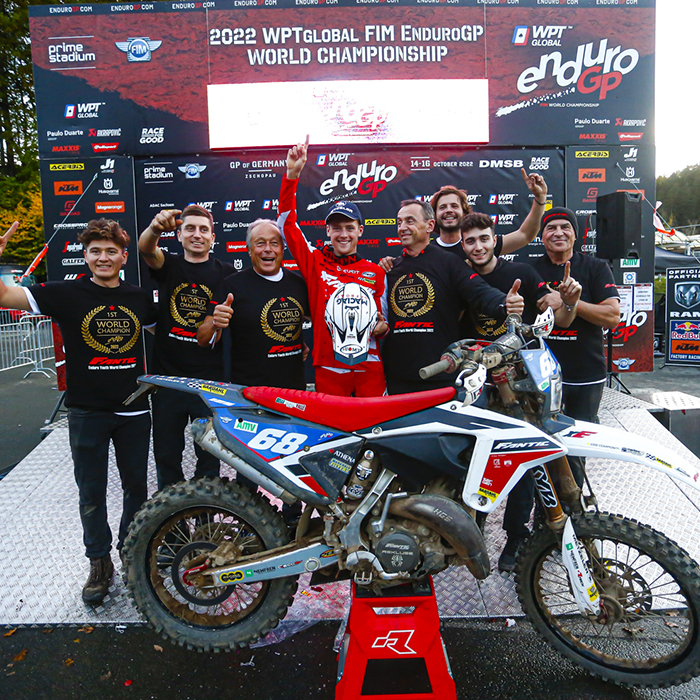 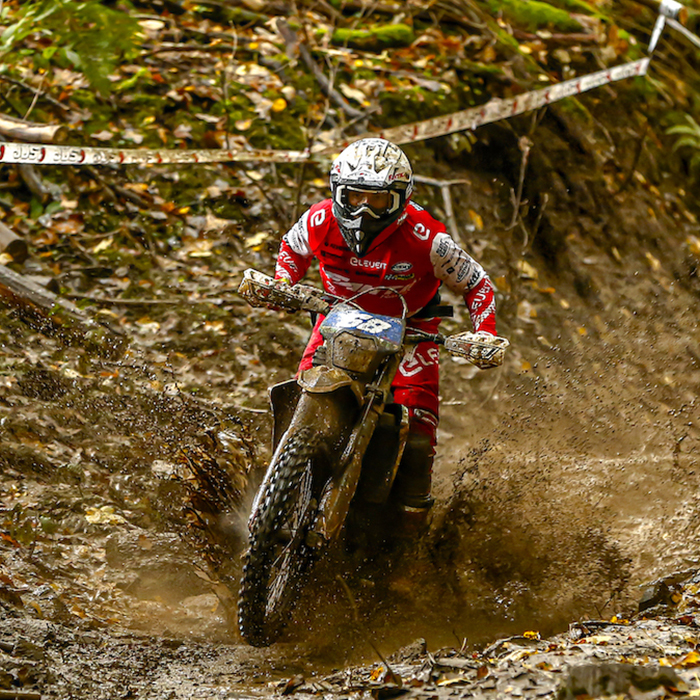 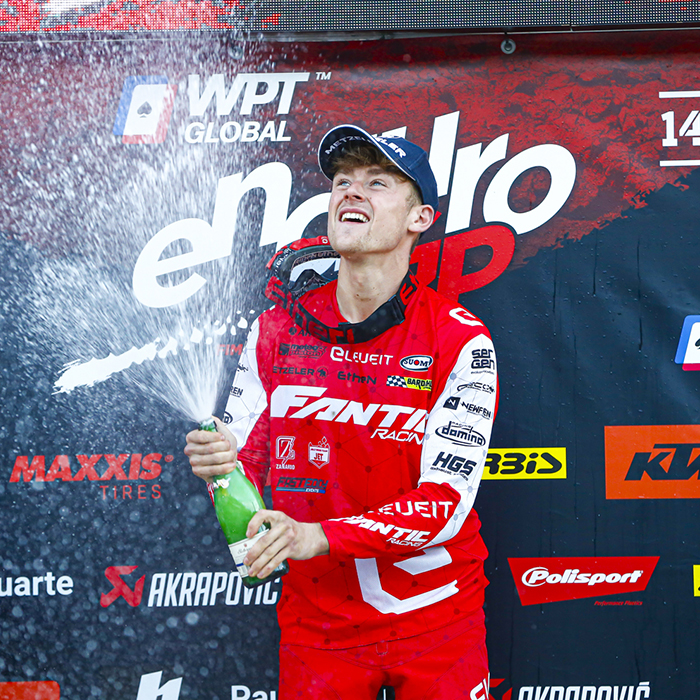 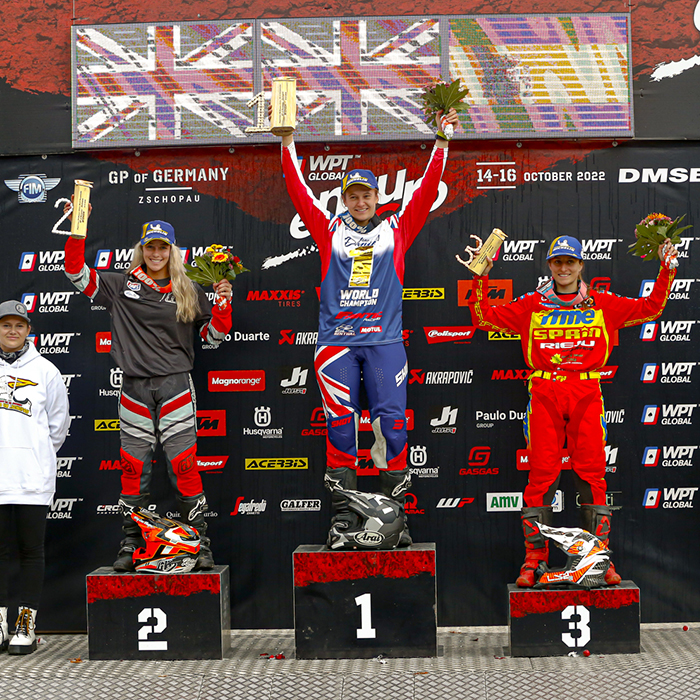 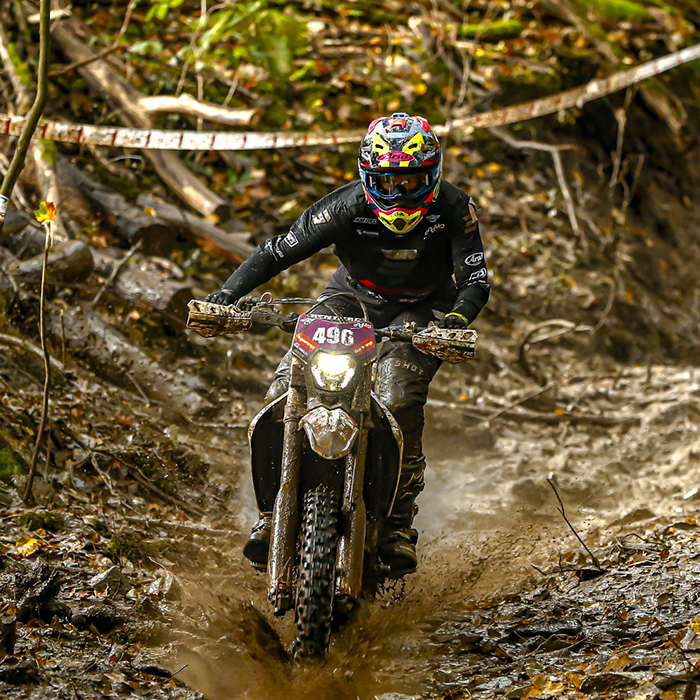