Third round in a row for the Fantic Factory Team Maddii, engaged on the Teutschenthal track in Germany in the MXGP World Championship and in the two classes of the European EMX125 and EMX250.

After the mud of the Erneè race, on the first day of racing the dust created some visibility problems for the riders. Despite this, in the 125 class there was an excellent qualifying performance for Cas Valk and Alexis Fueri, who stood out for their speed in their group, setting the first and third fastest times.

At the start of the first heat, the two Marco Maddii flag bearers were unable to find a good exit from the gate, occupying fourth place Fueri and fifth Valk on the first lap. However, the young Frenchman managed in a few laps to find the right rhythm and ideal trajectories to recover positions, finishing the race in second place. Cas Valk struggled more than expected to find the feeling with the German track and finished in fourth place.

In race 2, a great start for the two Fantic Factory Team Maddii riders, who immediately took the lead with Alexis Fueri followed by team mate Cas Valk. The two young talents riding their Fantic XX 125s made a vacuum behind them thanks to an incredible pace. Under the chequered flag it was Fueri who won, followed by Valk.

With this result, Alexis Fueri wins the German GP and moves back into second place in the championship, while Cas Valk takes the second step of the podium for the day and increases his lead in the standings, firmly maintaining the red plate.

In the European EMX250 Cornelius Tondel was still suffering from the fatigue of the last races and came to this round debilitated. The Teutschenthal track with a very hard surface was not congenial for the two Fantic riders, Tondel and Osterhagen, who struggled in qualifying to find the right lap to set a good time: Tondel took ninth place and Osterghan fourteenth.

In the first heat Tondel tried to defend himself as best he could, trying not to lose too many points in the standings, in a race in which he focused on not making mistakes, finishing in seventh place. Osterhagen started from a poor position at the gate and did not get a good start and finished in twelfth place.

Second heat was not easy for Tondel and Osterhagen, who never got in tune with the German circuit. Also due to some small mistakes they were not able to express themselves as they would have liked, finishing seventh and ninth.

In the MXGP class, Nicholas Lapucci, after his excellent performance in France, showed up in Germany not in top physical condition due to a flu-like condition that did not give him the chance to train during the week.

In qualifying he set the 21st fastest time, but in the qualifying heat he had to retire after a few laps due to his precarious physical condition, preferring not to risk possible crashes. For the same reason he was unable to start Sunday's races.

Marco Maddii commented on the race as follows: "A fantastic weekend for the 125 guys with Fueri's victory taking back the second position in the championship and Valk's second place still first with 7 points. In the 250 a difficult race Cornelius lost a few points, but is still largely in the running for the title. Lapucci did not race due to physical problems but will be at the start in the Italian championship race at Arco di Trento."

Alesi Fueri had this to say about the race: "I always try to give my best to get the best result and here in Germany I got the win, in race 2 I pushed hard to try to take the lead and that's what happened. I am really happy and we will try to continue on this path." 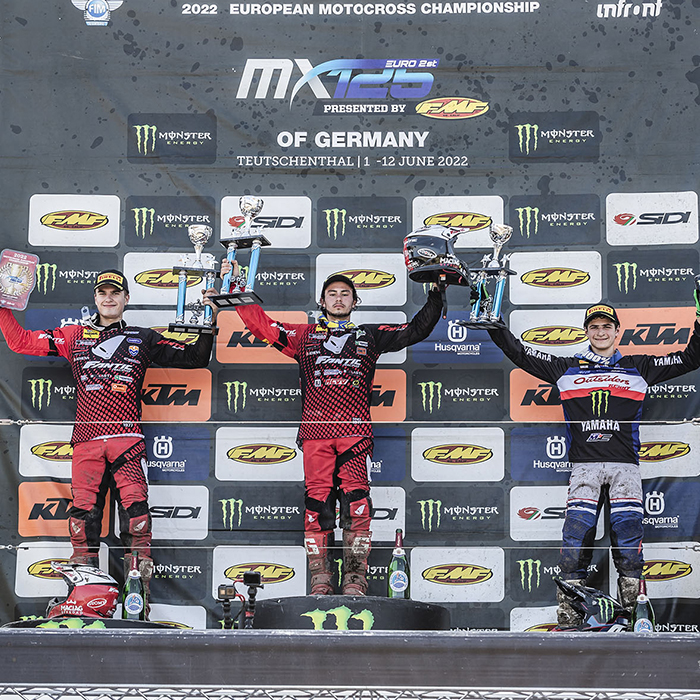 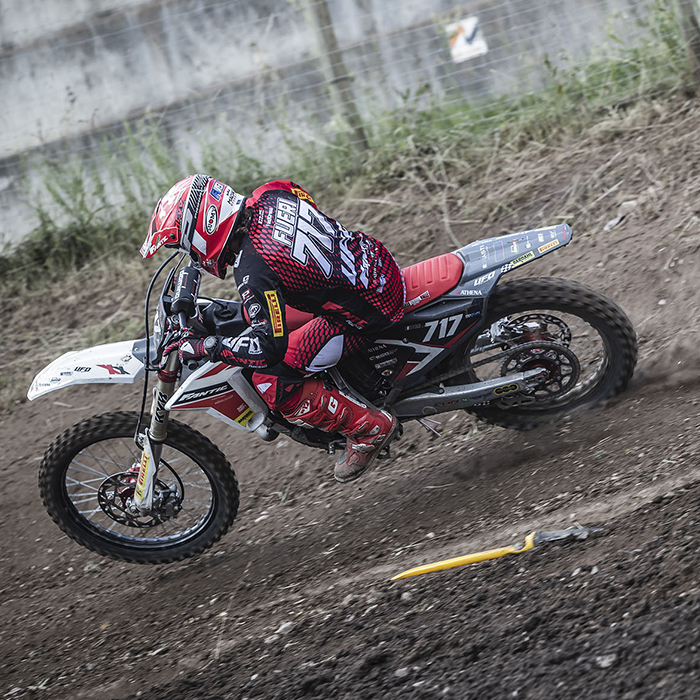 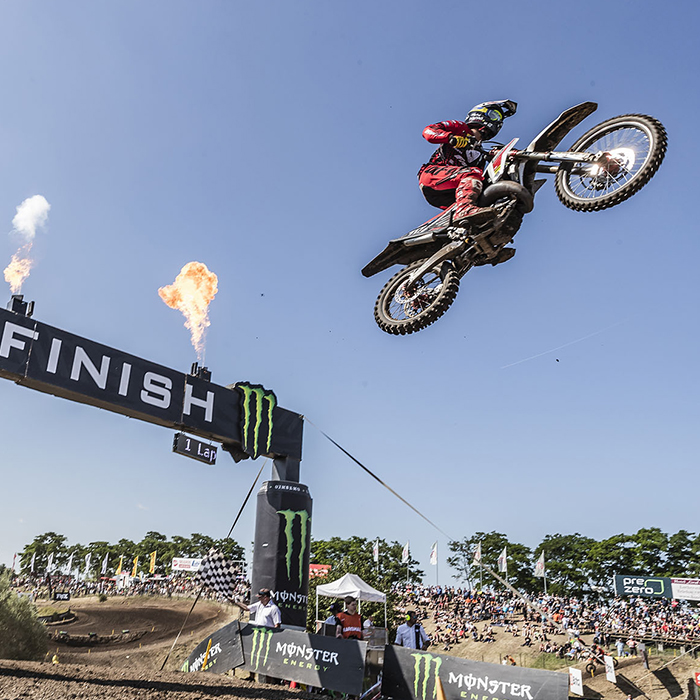