On the difficult sands of Lommel, Valk and Fueri maintain first and third place in EMX125, while Tondel is still second in EMX250

The European EMX250 - EMX125 Championship is back on track in the sandy hell of Lommel, in conjunction with the MXGP of Flanders.

The two Fantic riders in the EMX125 class were split into the two groups. Cas Valk on a terrain familiar to him got the second fastest time, while Fueri, struggling with a surface not congenial to him, still managed to get a good result with the fourth fastest time.

At the start of the first heat, Valk slipped at the start restarting in the last positions. Cas at that point began a great comeback that saw him recover positions lap after lap, going on to close his race in sixth position, once again demonstrating excellent speed. Alexis Fueri, on the other hand, was never able to find the right rhythm committing several mistakes that did not allow him to do better than 13th place.

In race 2, Cas Valk after a not easy start once again showed his speed by finishing with a great second place. More difficulties for Fueri, who trying to improve his performance ran into two slips that dropped him to 17th place.

With today's result, Valk, who finished fourth on the day, retains the championship lead, with Fueri still in third.

In the EMX250, Cornelius Tondel returned to the track after a small stop due to an injury, but not yet at 100 percent of his physical condition.

In qualifying Tondel finished fourth, while Osterhagen finished sixth in his group.

In the first heat Tondel tried not to make mistakes by having a good heat, run intelligently that saw him finish in sixth place. Osterhagen, however, was forced to retire as a result of a crash.

In race 2 Tondel had a difficult start that caused him to lose some positions, but thanks to a good comeback he was able to climb back up to sixth position. Osterhagen, still complicit in a few mistakes, finished 14th.

With the result in Lommel, Cornelius Tondel managed not to lose too many points in the championship and is still second in the overall standings.

Marco Maddii commented on the race as follows, "Tough weekend for our team. In 125 the result at the end is still good, since Valk is still leading the standings and even if he didn't make a great overall result he showed to be very fast, it's just a pity for a few too many mistakes. Alexis Fueri unfortunately made too many mistakes not being able to express himself as he could, but still he is still third in the standings. In the 250 Tondel is still not the top but is always in the fight for the title. We are a little disappointed, but we are eager to do well in the next races" . 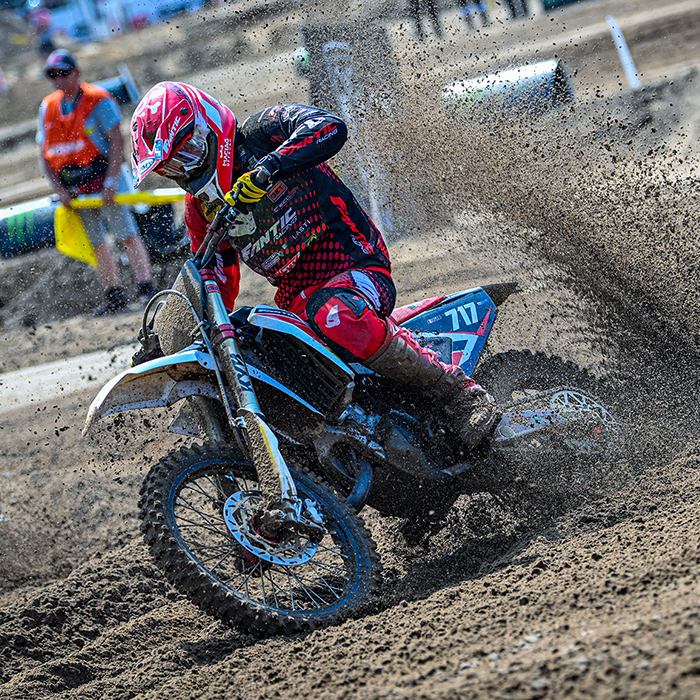 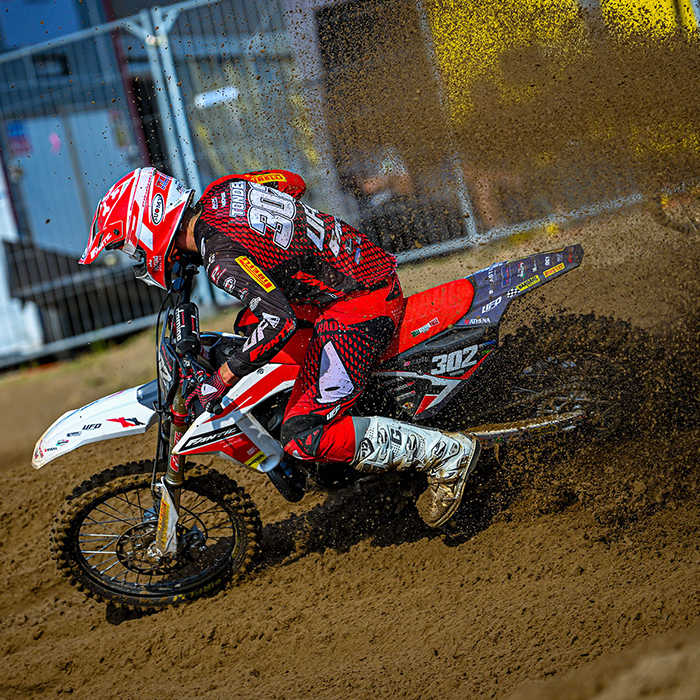