Cas Valk and Alexis Fueri hold the first and second positions in the championship standings. Nicholas Lapucci returns to MXGP competition after a long absence

The ninth round of the 2022 MXGP World Championship was staged on the Intu Xanadù track, just outside Madrid and it saw the return to the world championship of Nicholas Lapucci, as well as the presence of the young riders of the European EMX125 championship, Cas Valk and Alexis Fueri.

In the 125 qualifying, Cas Valk immediately found the feeling with the artificial Spanish track by going on to set the best time in his group, while Alexis Fueri ended his qualifying with an excellent third place.

In the first heat of the 125, held on Saturday afternoon, Cas Valk and Alexis Fueri got off to a strong start right away and took the lead of the race on the third lap. The two Fantic Factory Team Maddi riders immediately set a very high pace taking margin over their rivals. On lap five, Fueri took the lead, holding the position until under the checkered flag, going on to win ahead of teammate Valk.

At the start of race two, Alexis Fueri was involved in a crash with other drivers and the young French driver restarted in last position. Alexis with a great comeback recovered up to the 12th final position. Cas Valk, after a not perfect start in seventh position, tried to recover, but had to settle for fifth position.

With this result Cas Valk finished in fourth place on equal points with the second and third in the overall standings, not getting on the podium only because of the discriminating result of the second moto, while Alexis Fueri finished in sixth place. The two Fantic Factory Team Maddii riders are still in first and second position in the championship standings.

In the MXGP, with the great heat being the protagonist all weekend that put a strain on the riders, Nicholas Lapucci returned to the race after a long absence, setting the 21st time in the time trials.

Lapucci, in the qualifying heat struggled to find the right rhythm and accomplice to some mistakes, made trying to recover after a not easy start, he finished in 23rd position.

At the start of race 1, Nicholas was pushed off the track at the first corner, resuming the race in last position and with a great comeback he managed to finish in 19th position.

In race 2, after a good start Lapucci was the victim of a disastrous crash, fortunately without consequences, but he was forced to retire.

Next appointment with the World and European Championship next week in France on the track of Erneé.

Marco Maddii commented the race this way: "A weekend with two faces for the 125 boys, on Saturday they were perfect, both in practice and in race 1, where they dominated. Unfortunately in the second heat Alexis crashed at the start and Cas didn't find the right gap in the first corner, however we are still first and second in the standings.Lapucci showed a great comeback in race 1, too bad for the crash in the second heat. Nicholas needs to keep working to increase his feeling with the 450." 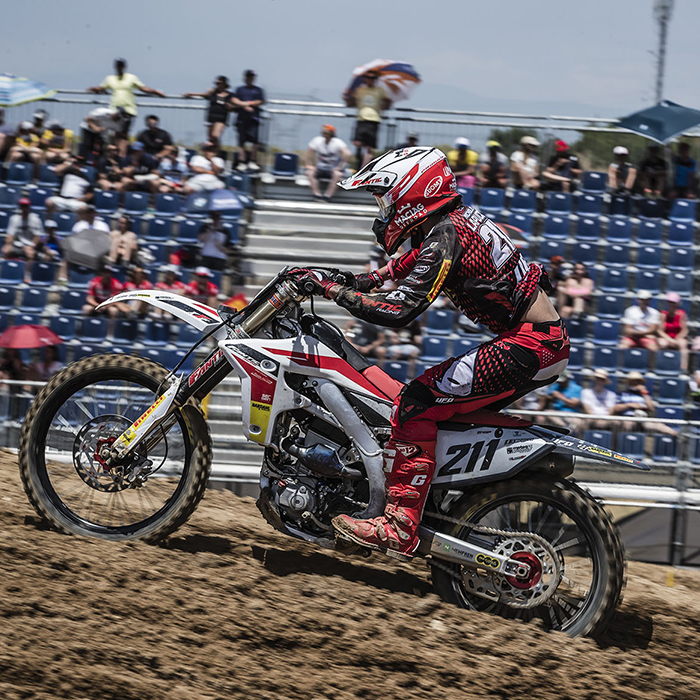 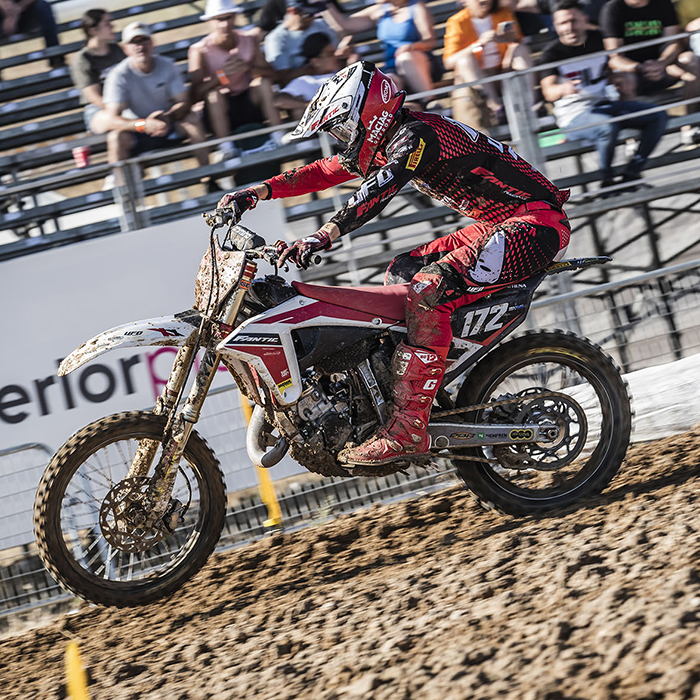 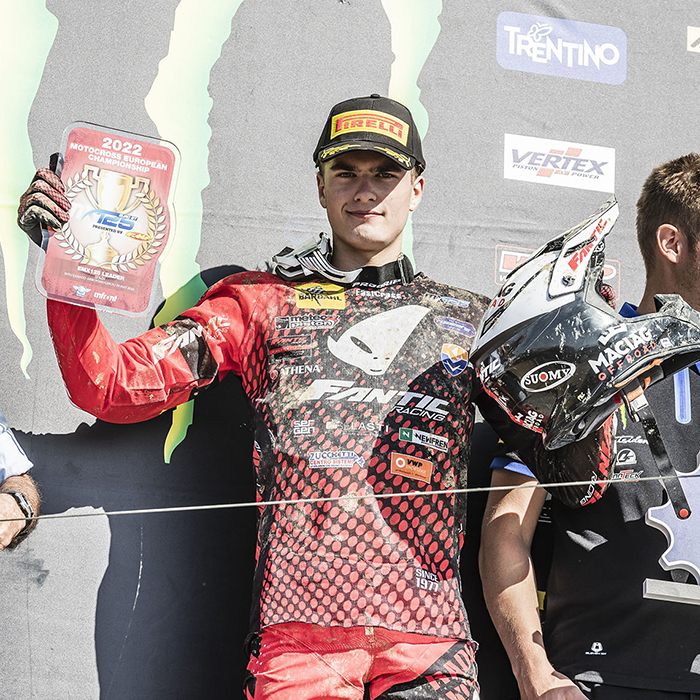