The European Championship is finally back after the last race hosted at the beginning of August in Latvia. Nicholas Lapucci took part in this event despite not being in a perfect shape. After getting injured during a training, the rider’s food has not fully recovered yet.

The qualifying session went well after all. Lapucci had a great feeling riding on the hard pack ground of the Teutschenthal track, in fact Nicholas got the second best time of his group. Max Spies, home rider of this GP, was sixth while Federico Tuani struggled a bit and had to be happy with the 18th time.

Lapucci’s start of the first moto was excellent. The rider pulled away at the start and thanks to a solid race pace opened a gap over rivals, which allowed him to lead the heat and win pretty easily. Good start also for Max Spies, who conquered a great ninth place at the end of a smooth race. Federico Tuani’s performance was affected by too many mistakes, so he ended up 20th.

Lapucci was the author of another hole shot in race2. The Tuscan rider had to watch his back due to his physical condition still not optimal. After battling it out greatly with Horgmo he pulled away, far from rivals, and conquered the second victory which granted him the first step of the podium. Spies starred in another solid moto and classified eighth after keeping a consistent race pace. Tuani was 21st.

These two victories helped Nicholas Lapucci to strengthen his position in the standings.

This appointment was also a debut race for Nicola Salvini and the Team’s new entry, French racer Alexis Fueri, in the 125 European Championship.

Excellent performance for Fueri in race1, where the rider felt very comfortable riding the Fantic XX 125 and eventually classified seventh. Salvini was only 18th due to a crash.

Fueri improved his performance in race2 where a good race pace and gutsy attitude allowed him to finish fifth. Salvini was 19th at the end of the heat.

Riders will be back on track after just a few days off, next weekend they will be in France.

Marco Maddii commented the race: “It was a great day. Lapucci did well considering the fact that he wasn’t completely fit after injuring his feet and that he couldn’t train as usual. Despite all, he conquered a double victory and strengthened his leadership in the standings. I’m also happy with Spies performance and that he could enter the top ten. Federico’s results weren’t remarkable, but he came home with good points. Great debut in the 125 for our new rider, Fueri, who came home with the sixth position overall. Salvini must gain experience and grow, his performance was good anyway. I definitely can say we’re very happy with today’s results”. 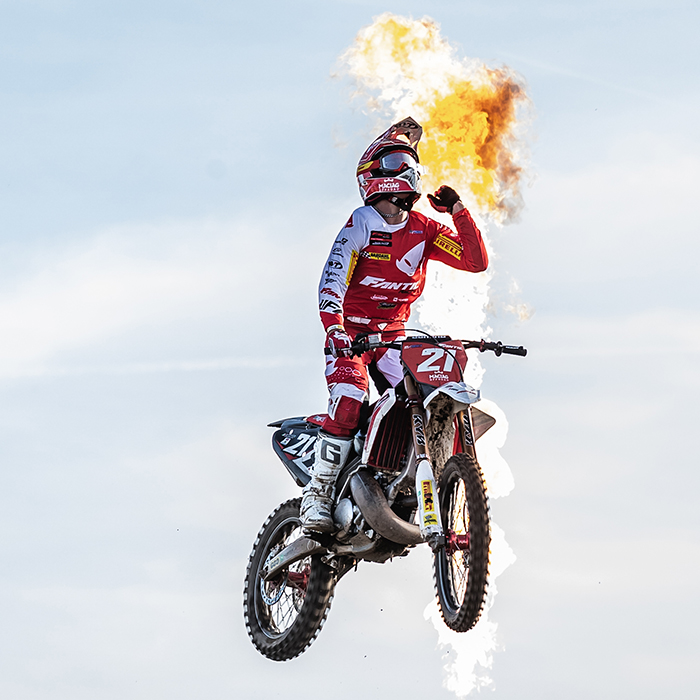 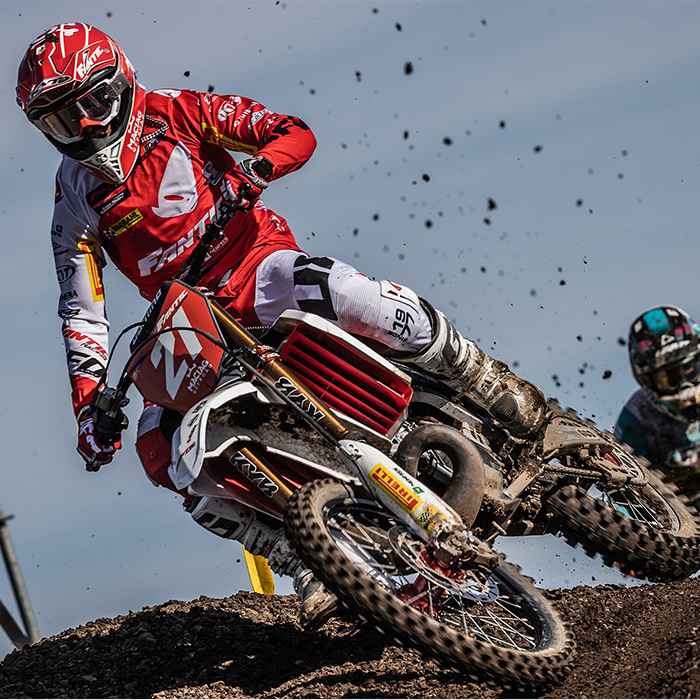 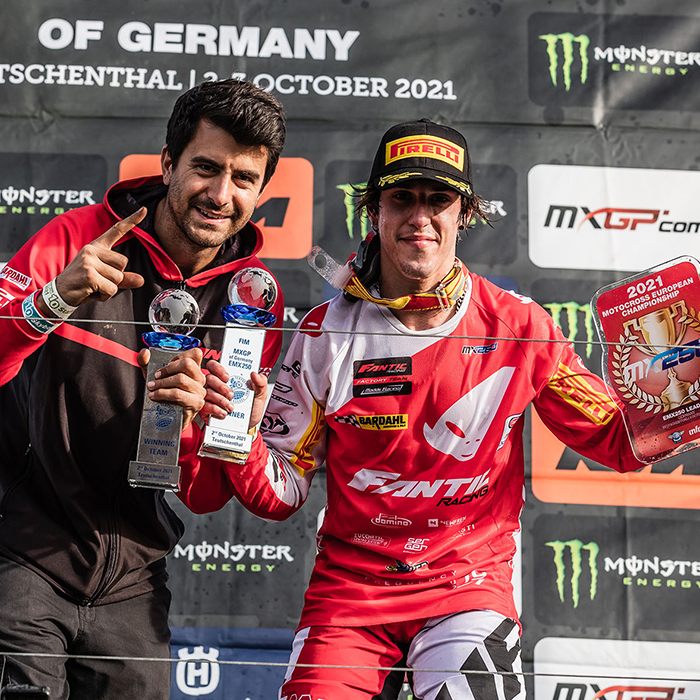