The forty-fifth edition of the Dakar, one of the toughest and most selective in recent years, restarted this morning from Riyadh, after the rest day that gave drivers, mechanics and staff a few moments of relaxation before reigniting the engines for the second part of the race.

Tomorrow the great adventure gets back on the road to tackle the remaining six stages, about 3200 kilometers, which will lead on January 15th to the arrival on the Persian Gulf, in Dammam, after crossing from west to east the entire Arabian Peninsula.

The rest day is also an opportunity for a more thorough set up of the bike: today Franco Picco's Fantic XEF 450 Factory was checked by Fantic Team mechanics and is ready for the second part of the challenge. After the unfortunate crash that stopped Tiziano Internò in the first stage, and due to the trouble that forced the rookie Alex Salvini to retire, it is up to Franco Picco to be the Fantic flag-bearer towards the finish line of the world's toughest race.

Tiziano Internò showed his generosity by trying to get back on the saddle after two days of rest, but the physical consequences of the fall that occurred in the first stage did not allow him to complete the race.

Bad luck also for Alex Salvini who, making his Dakar debut, was able to see for himself the harshness, both physical and moral, of this race. Too bad also because the former enduro world champion, who arrived in Arabia to gain experience on the sand, showed great skills and top rider speed up and down the dunes.

The veteran Franco Picco remains in the race. "We rode the first part of the race on a insidious terrain," says Franco, "made even more difficult by the weather conditions, which challenged the bikers in particular.

For safety reasons after the heavy rainstorms of these days, the organization had to modify the last stages before the rest day, reducing the pressure a little with a somewhat lighter program and itinerary for the two stages on January 7 and 8.

Then there is the unknown of the two stages on Thursday, Jan. 12, and Friday, Jan. 13, in the Empty Quarter, an area described as the most desert and extreme on the planet. They will be two marathon stages, so with no assistance or opportunity to work on the bike for any maintenance.

I will face this second part of the Dakar as well, maintaining the pace I have set for myself: my goal is to finish the rally riding my Fantic XEF 450 Factory, to confirm the quality of the development job done on this vehicle over the last year and a half. An (almost) production bike," says Franco smiling slyly, " which can guarantee great performance in the dunes.

There are different materials for some components, then other particulars that were necessarily modified for series production, but this version is the descendant of the one of the previous season.

With a few personal settings, I felt immediately comfortable on the bike, which I now have to take to the final finish line, to complete the Dakar one more time. It would be another great satisfaction on my 29th participation, but now we'll keep our fingers crossed." 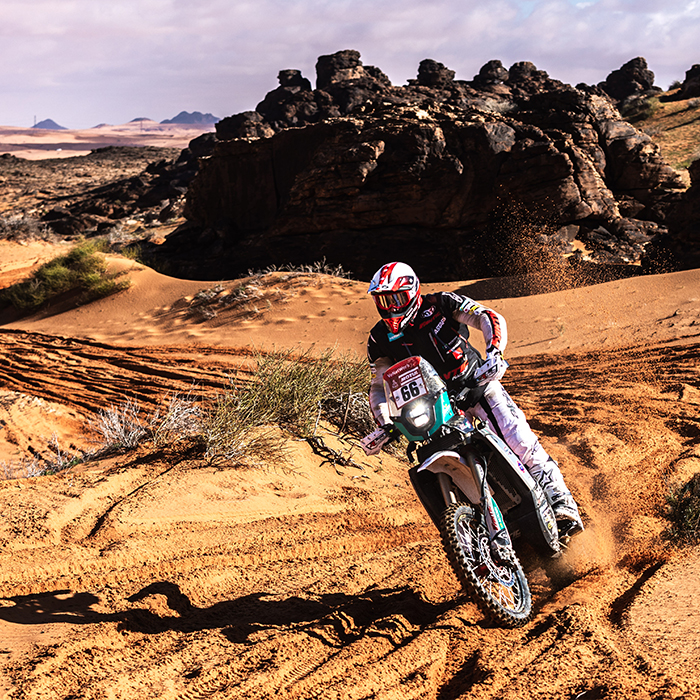 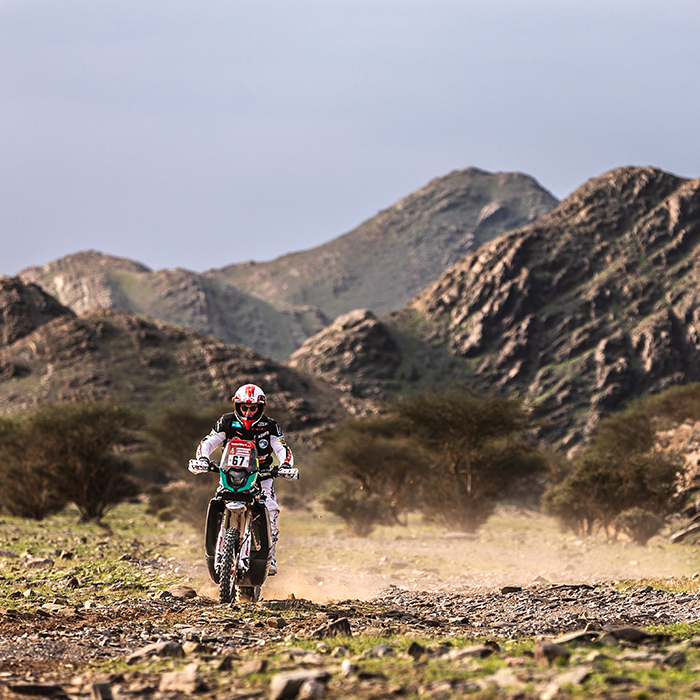