In Carpineti, a small town a few kilometers from Reggio Emilia, the GP d'Italia, the third act of the 2022 Enduro World Championship, was raced on Saturday June 25 and Sunday June 26. A race course of the highest level, the high summer temperatures and the cheering of more than 20,000 people, who flocked to the small town in Emilia to admire the best riders in the world, were the leitmotif of this race weekend, in which the riders had to deal with a very technical and insidious course.

For the occasion, the Motoclub Crostolo designed an extremely challenging and varied race course that allowed the riders to tackle four special stages, all of them of the highest level and different from each other in terms of type of terrain and variety of obstacles.

In the hard-fought and difficult E1 class Daniel Milner of Fantic D'Arpa Racing rode an excellent GP and his final score was a second place on Day One and a third place on the final day. Positive signs also from Loic Larrieu, Fantic Factory Team E/50 Racing, who after a good sixth place in Day One came close to the podium on Sunday by setting good times in all the special stages up for grabs.

At the GP of Carpineti, Harry Edmondson of Fantic JET Racing took an excellent first and second place in the Youth class and is increasingly the leader of the overall standings, while Kevin Cristino, Fantic Factory Team E/50 Racing, instead lost a few precious points, although he was on the podium on both days.

Filed the Italian stage, Team and riders will move to Portugal, in Coimbra, where next weekend, the fourth GP of this season will be held.

Loic Larrieu: "After some disappointing performance at the beginning of the season at the Italian GP I had a good race and I hope now to continue on this path."

Albin Norrbin: "I hope the Italian GP will be the crossroads for an exciting and rewarding end to the season."

Daniel Milner: "Finally a very good weekend and to be on the podium both days in the E1 class was a unique feeling."

Harry Edmondson: "A good weekend in the Youth class with a win and a second place. The championship is still long and it will be a tough race in Portugal

Kevin Cristino: "I am bitter that we didn't win in the home GP but these are the races and now we have to make a good performance in Portugal." 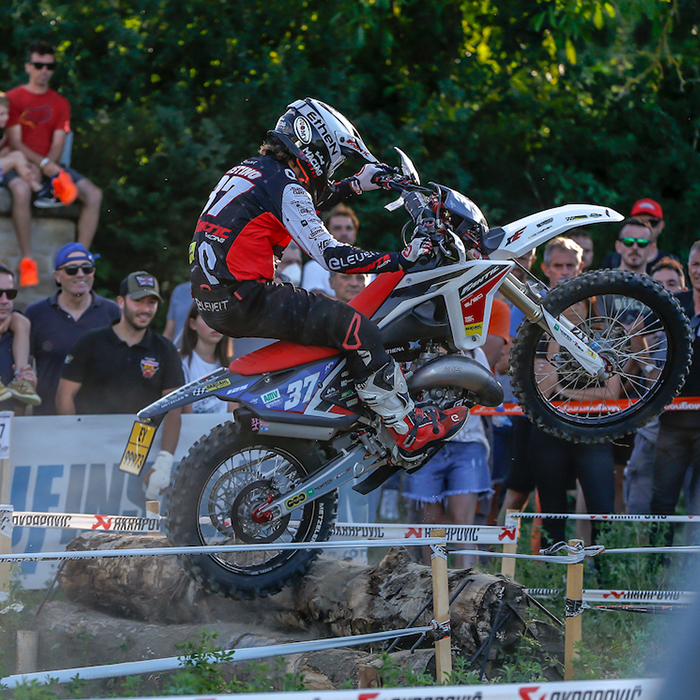