In the first round of the season in Maggiora, excellent performance for Cornelius Tondel winner of MX2 and Nicholas Lapucci second overall in MX1.

Opening race for the Italian Championship MX Prestige 2022, Sunday, March 27th on the track of Maggiora, the same circuit that will be the stage for the MXGP World Championship next May 8th.

The Fantic Factory Team Maddii has lined up its three pupils in MX2, riding the Fantic XX250 2-stroke: Cornelius Tondel, Cas Valk and Hakon Osterhagen. In MX1, Nicholas Lapucci made his race debut on the XXF450.

In the MX2 practice, which was divided into three groups due to the high number of riders at the start, Marco Maddii's riders were immediately at ease on the hard surface of the Maggiora track with Hakon Osterhagen taking pole position, Cas Valk third and Tondel fourth.

At the start of the first MX2 heat, Cas Valk anticipated the start too much and got stuck under the gate, so it was Osterhagen who took the lead and held it for a few laps before leaving it in the hands of his team mate Tondel, who thanks to an incredible pace won the heat, with Osterhagen in second place.

In race 2, Tondel didn't get off to a good start and lost several positions, but he made a great comeback and within five laps was back in first place, a position he didn't relinquish until the chequered flag. Osterhagen made a few too many mistakes on the first lap which caused him to lose positions, but he managed to climb from the back of the pack to finish tenth. Cas Valk was unfortunately forced to retire, hit in the face by a violent stone.

In MX1, Nicholas Lapucci, who rode the 450 for the first time a few days before, showed that he has already achieved a good feeling with the new bike and in qualifying he got the second fastest time overall.

At the start of race 1, Nicholas tried not to take too many risks and at the end of the first lap he was in fifth position, but then he found a good rhythm that allowed him to get back under the leaders and with two good overtakes he finished the race in third place.

In race 2, the strong Tuscan rider showed that he can be very competitive with the 450, and after winning the holeshot, he led the group for many laps, before closing the race with the second place, climbing also on the second step of the podium of the day.

The Fantic Factory Team Maddii will now move to Portugal, where the fourth round of the MXGP World Championship is scheduled for next weekend.

Marco Maddii: "It has been a great weekend. Yesterday the guys did very well in practice, conquering the first positions. Today Cornelius showed that he's in good shape and that he's on the right track, while Hakon, after a good first heat, made a few mistakes in race 2 which penalised him, but he's improving a lot. Even Cas, despite not being able to get a good result, showed great potential on the 250. Nicholas did very well on his debut on the 450, we must be patient, work on the bike and the rider and we can get good results. The road we are following is in the right direction".

Nicholas Lapucci: "It was a positive day from practice, which for me was like a training session, having had very little time to test the 450. Today I made a strong start, I was catching up in the first race, but my arms got hard and I didn't want to overdo it. In race 2 I had a great start and was in front for several laps. I tried to escape, but I knew I didn't have the pace to stay in front for the whole race. Anyway, I am very happy with this result. I have to thank the whole Maddii team, my family and my manager." 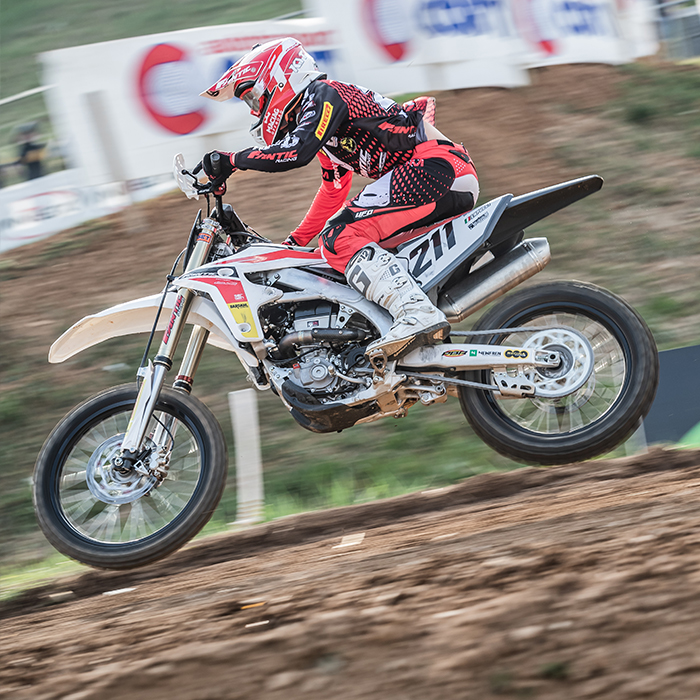 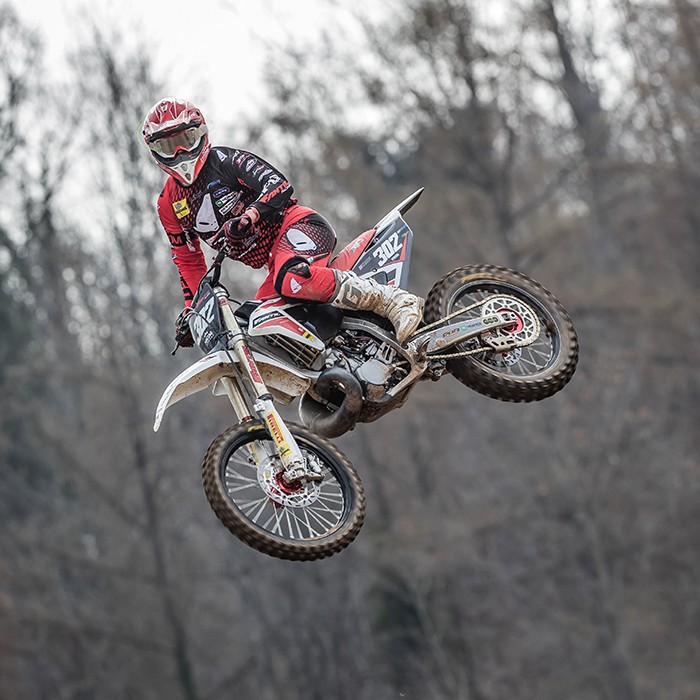